FREE Delivery On All Orders Over 550kr

In 2019
We Invite You
To Join A Movement

This year, we’re doing things a little differently. Don’t get us wrong, it’s all about goals & it's all about you. But with your help and our official partners The Cybersmile Foundation we’re taking on a bigger challenge than goal setting alone. This year we’re calling time on trolls and amping up the positivity. It’s BIGGER than we’ve ever gone… and this is your invitation to come with us. 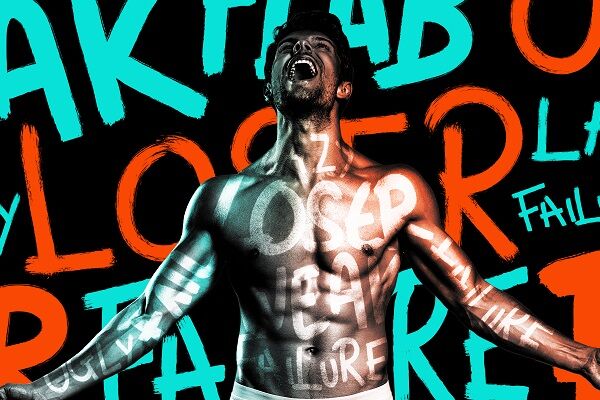 It’s Time To Fight Back

You see, in the past year we’ve been increasingly aware of a rising undercurrent within the health and fitness community - one where naysayers, goal critics and body shamers are getting a little too much air time…

As a team we’ve experienced it personally - the critics who say you can’t, the shamers who say you’re not big enough, you’re too weak. On social we’ve seen the trolls try to creep into your celebrations and achievements… ‘you need to be bigger bro’, ‘sort your neck out lad’, ‘She shouldn't lift’...

And we’ve talked with our partners at The Cybersmile Foundation who have confirmed that around 40% of internet users say they have personally experienced digital abuse*.

Ultimately, we know for a fact that these comments can seed doubts, stop you from starting or make us finish early. At their worst, they genuinely hurt.

But we also know, that hate can’t live where positivity breeds. That’s the #HATEONTHIS mantra.

From today we’re starting a movement to restore the balance in favour of the positive. Put simply, together we’re going to drown out the trolls. Everywhere you see or you use #HATEONTHIS, know that you’re part of a positivity movement. A community of support for all goals. Use it and we’ll rally round your battle cry. See it and show your love - as that’s our crew right there. 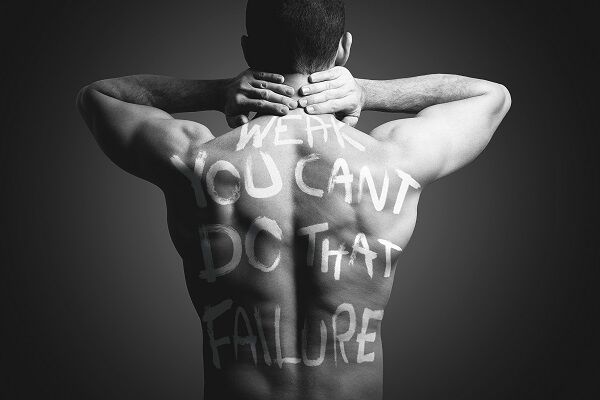 We’re pumped to announce our first official partnership of 2019. Who better to help us call time on trolls and amp up the positivity than the world's leading anti-cyber bullying charity organisation, The Cybersmile Foundation.

Launched in 2010, they are a multi-award winning anti-cyber bullying non profit organisation in the UK and US. They’re committed to tackling all forms of digital abuse, harassment and bullying online. Their goal? To build a more positive digital community.

That’s no small goal right? Well, they wouldn’t be the right partner for us unless innovation and a hint of the impossible weren't present! We’ve donated and partnered with The Cybersmile Foundation team because they work tirelessly across a range of different industries to innovate awareness campaigns and reduce incidents of cyberbullying and back this up with some awesome professional help and support services that empower victims and their families to regain control after incidents that have impacted them. Their services don’t stop there, they’re the experts, so provide consultancy to governments, schools, colleges and Unis and big corporations around the world.

“We are excited to team up with THE PROTEIN WORKS for the #HATEONTHIS campaign. Setting and achieving goals without toxicity, ridicule and harassment should be everybody's right. Through this campaign, we hope to empower people to work towards achieving their goals without being affected by online toxicity. By using #HATEONTHIS, as a collective we hope to help inspire positivity and collective support across the internet.” Dan Raisbeck, Co-Founder, The Cybersmile Foundation 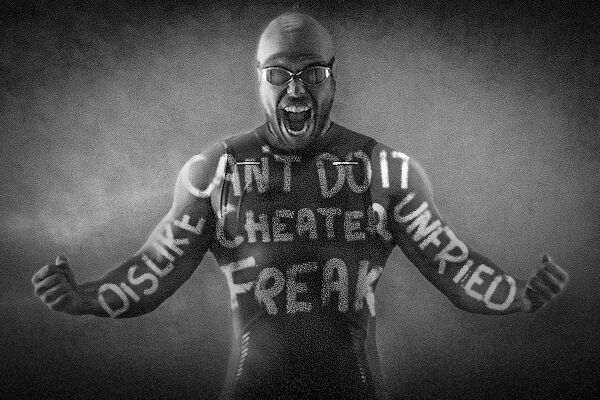 #hateonThis Means So Much To Us

Since our launch 6 years ago, we’ve worked double time to innovate in all areas of the game. From product to service we don’t do ‘normal’. But it doesn’t stop there. We don't accept the ‘norm’ anywhere and that includes the way we celebrate and motivate you - our customers, our tribe - the most important part of our world.

So when we noticed haters start to become the ‘norm’ when our team, our customers or anyone in the fitness community put themselves out there, we knew this year we wanted to use our voice to say Enough is Enough. To change the conversation, to celebrate all goals, all ambitions and all achievements. So this year, set your goals high, because you weren’t made for the shadows. Whatever your goal is, say it loud, tag us in #HATEONTHIS and watch the support flow through. It’s green lights from here on! 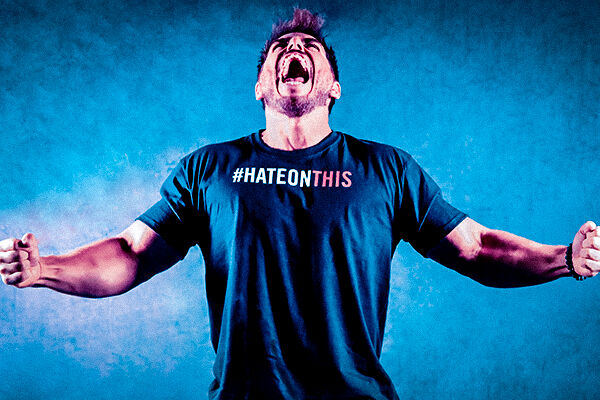 We’ve said it earlier. But this campaign MATTERS to us, it’s personal. That’s why you won’t find anyone who’s been paid to feature in the campaign. There’s no famous faces, there’s no sponsorship, there’s no #ad allowed. What you’ll find in our video is real people - from our team at THE PROTEIN WORKS. Because this is PERSONAL.

To name a few, you’ve have Carmen, who looks after our Spanish region, Chris, Liam, Remy and Megan our customer service ninjas. Si, Charlotte, and the Sams from our marketing massive! And Kyle and Paul our innovation wizards. They, like you, are on the journey, they’re got stories, they’ve got challenges and they’ve got goals. Most of all, they’re not in the shadows this Jan. They’re putting themselves out there as a green light to anyone who’s going for it this year - LET’S DO THIS TOGETHER!

We’re not joking when we say #HATEONTHIS is a rally cry, an iconic tag of positive intent. See it, support it, share it, celebrate it. We’ll be right with you.

You may also spot a very familiar face in our #HATEONTHIS campaign. This year one of our very own team, Ross Edgley took on a not so small feat. To become the first person to swim right around the coast of Great Britain… what? Yeah, that’s right. Over 150 days at sea, without touching land, consuming over 15k calories a day, and without a single day sick… in truth we’ve lost count of the amount of records Ross broke! Fuelled entirely by THE PROTEIN WORKS nutrition, this was a journey. A exploration of food and fortitude. In the highs the support was supreme, but in the lows, the trolls tried to pull Ross down and this is what #HATEONTHIS means to him...

“Within the world of sport, fitness and adventure, social media has the power to be a force for pure good as we create these tribes, communities and collectives that support each other and share stories and experiences free from judgment or abuse. That's why the #HATEONTHIS has the potential to be so powerful and I'm so proud to be a part of it, as we jointly work to erase any toxic environments that exist within social media and provide an area online where people can visit free from any negative comments and instead solely receive unbridled support and encouragement.”

When times were tough, tides were strong and the chafing from his wetsuit cut his neck raw, the haters came out of the cracks… ‘I think he’s already dead’, ‘there’s no way he can do this’, ‘you don’t stand a chance’, ‘your body type is terrible’ … Needless to say Ross went on to complete the challenge in record time, and was celebrated by 400+ open water swimmers in the final mile, who came out to celebrate the achievement. And in an exclusive, yet to be released interview with us, he recalls…

‘why Is IT In This Darkest Moment They Wanted To Pounce On The Suffering?"

I remember reading the comments in the cabin and thinking ‘noted’, I remember all of you…. But it’s interesting, where were the trolls when I got to Scotland...then I started coming down the east coast….then all of a sudden the trolls, there was less of them… because there was this amazing collective that started to surround the Great British Swim of like minded people who wanted to believe in something positive.

The truth is trolls only survive in a toxic environment, bacteria cannot thrive in an alkaline environment. So where were the trolls on Margate beach at the finish? There wasn’t one single troll there. Not one.

"they Judge You By Their Limitations. And You Don’t Need Their Permission To Set Goals”

Watch this space for the full and never seen before full 20 min interview with Ross which contains advice on setting goals this Jan, nutrition, unheard stories from The Great British Swim and more…

Tag @theproteinworks And #hateonThis And We’ll Come Find You And Celebrate 2019 Goal Setting And Achievements Together!

We use cookies to provide you with a great user experience and top-class service. Simply hit OK to accept & continue optimal browsing, or read our cookie policy here and learn how to manage your settings
Customer Services opening hours: 9am - 6pm Monday to Friday
Alle Rettigheder Forbeholdes. THE PROTEIN WORKS™ is a trading name of Class Delta Ltd. Registered in England & Wales. Company No. 8170845